- BOOM!: each time this model receives any damage, roll a dice - on the natural score of 6, it explodes! Alternatively, during its activation, you may choose to make this model explode. When the model explodes, center an Explosion template on it. There is no need to roll to hit. All models affected suffer Damage (2injuries 1 blunt) with a strength of 2+. After resolving this explosion, remove this model as a casualty.

- CARRY: 1MC+2SC. If this model passes within 2" of one or more friendly models during a Movement Action, it can pay the action counter cost at the end of the action to target one of those models and place it in base contact. The chosen model cannot have a base larger than 30 mm. If the target model is Damian Wayne, its BMD is reduced to 0 and it cannot use the Batclaw trait during its next activation. If not, the target model must forfeit its next activation entirely. This model cannot use the Carry trait in two consecutive activations.

- COMPETITIVE: this model gains +1 to Attack, Defense and Willpower while there is at least one other friendly model in play with this trait.

- DEALER: at step 2 of the recount phase, when checking who controls objectives, choose an enemy henchman within 6" of this model. The target henchman is considered a friendly model for the purposes of controling objectives this round.

- DRAG: 1SC. It this model passes within 2" of one of your friendly  models during a Movement Action, it may target one of those models and place it in base contact. The chosen model cannot have a base larger than 30 mm and must forfeit its next activation entirely. This model cannot use the Drag trait in two consecutive activations.

- DROP A RIDDLE. 2SC. If your side scored at least 4VP in the previous round, this model places 1 Riddle Objective marker within 1" of this model and at least 4" away from any other Objective Marker. This model can use this trait only once per round.

- ECHOLOCATION: 1SC. Until the end of the round, this model is inmune to Smoke effect. In addition, this model may see at any distance, limited only by line of sight and intervening scenery.

- GAS JUMPER: 1MC+1SC. Place this model within 8", in a new position where its base will fit. All models within 4" of the model´s new position must pass an endurance roll of suffer (1 injury) and Enervatin/1 with the Gas Special rule. This model can use this trait only once per round.

- HOLD BREATH: 2AC. This model can only use this trait once per round. This model cannot move this round, and can´t perform attacks. However, the next ranged attack this model performs gains +1 to its collateral dice result and +1 to the hit rolls. This effect is cumulative.

- ICEBERG LOUNGE: if this model is your boss, one of your henchman may purchase a single equipment option at double funding cost from another crew list when configuring the crew. This does not included equipment that requires the inclusion of a specific model to purchase.

- I´M BATMAN: after all other models have deployed (before pre-game phase D5), this model deploys anywhere in the gaming area where its base can fit. All models within 2" of this model when it deploys must pass an Endurace roll or become Knock Down. In addition, once per game, this model may reroll failed Damage rolls.

- JOKER´S GAS: 2SC. All models within 4" must pass an endurance roll of suffer (1 injury) and Enervatin/1 with the Gas Special rule. This model can use this trait only once per round.

- MENTORING: this model can only purchase 1 piece of equipment. If its crew or team list contains a leader or sidekick with affiliation: Brave and the Bold, all (injury) damage inflicted by this model is automatically converted to (stun) damage. In addition, this model agins the Boy Wonder and True Love: Bruce Wayne traits, and any model with Name: Bruce Wayne in the same crew or team gains True Love: Damian Wayne until the end of the game.

- MIND TRICK: when a model attempts to solve a Riddle Objective, after the roll is made, you may move one Riddle marker in play up to 4".

- PENGUIN CALLER: 2SC. Appli (2 stuns) to this upgrade card and roll D6. On a result of 4+ place an Explosive Penguin within 2". Add +1 for each model with the animal trait within 4" of this model. The paced Explosive Penguin may not be activated this round. You may not have more than 3 Explosive Penguins in play at the same time.

- PENGUIN FEEDER: this model can restore Ammo Magazines used earlier in the game by friendly models with the animal trait within 4". Magazines are restored at a cost of 1 action counter each. In addition Explosive Penguin models within 4" inflict 1 additional (injury) when using the self destruction trait.
This model´s Dealer trait is improved to 8". However it cannot benefit from  the protective or small special rules until this upgraded is disabled. This model cannot climb or jump.

- SECURITY CHIEF: if this model is within 4" of a friendly boss, enemy models suffer a -1 penalty to hit against the boss.

- SLOW X: until the end of its next activation, the affected model´s Basic Movement Distance is reduced by X.This penalty does not stack - the highest Slow value suffered is applied, the others are ignored.

- SPECIAL VOLUMEN: this model uses a base of 60 mm but has the same volume height and rules as a model on a 30 mm base. Also, this model gains +2" to its basic movement distance.

- SPECIAL VOLUMEN S: this model uses a base of 40 mm but has the same volume height and rules as a model on a 30 mm base. Also, this model gains +1" to its basic movement distance.

- UNDERWORLD KING: if more than 1 friendly model controls an objective that is within 8" of this model, you score 1 additional VP for that objective.

- UNSTOPPABLE MONSTER: while this model is not KO, models within 6" of this model cannot control objectives.

- OSITO: 1 VP to the player who controls it. Only Bane crew can choose this objective. The Osito marker is deployed up to 8" away from any enemy deployment zone, on neutral ground. A model carrying the Osito marker is considered to be controling it. To pick up Osito, a model must manipulate it. If a model wish to move while carrying Osito, they must spend 1 additional MC before the move. A model can only carry one osito marker at a time. Models may drop the Osito marker any time, and Osito marker may be stolen like weaponw with the appropiate special rules. If a model with the alias: Bane controls this objective, the model´s owning player obtains 1 additional VP. Bane does not need the extra MC to move with Osito.
If an enemy model controls this objective, a friendly model with alias:Bane gains +1 to hit that model, and gains 2 free MC when is activated (this may take the number of assignated Movement Counters above the model´s normal maximum).
If a model carrying Osito drops it or become KO or a casualty, place the Osito marker in base contact with the model where they became KO, or in base contact with the model prior to removing it as a casualty. This objective cannot be affected by strategies.

- OWL ADVICE MARKER: only Court of the Owls Crew can choose this objective. Owl Advice Marker are always taken in threes - if a player choose Owl Advice as one of their objectives, they therefore take three markers rather than one. All three markers are deployed at the same time, including on scenery. When one of your henchman of Free Agents within 4" of any Owl Advice Markers scores VP, they gain 1 bonus VP once per round. This objective cannot be affected by strategies. 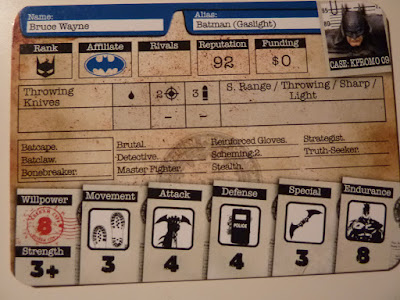 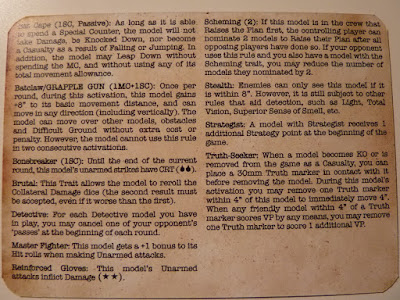 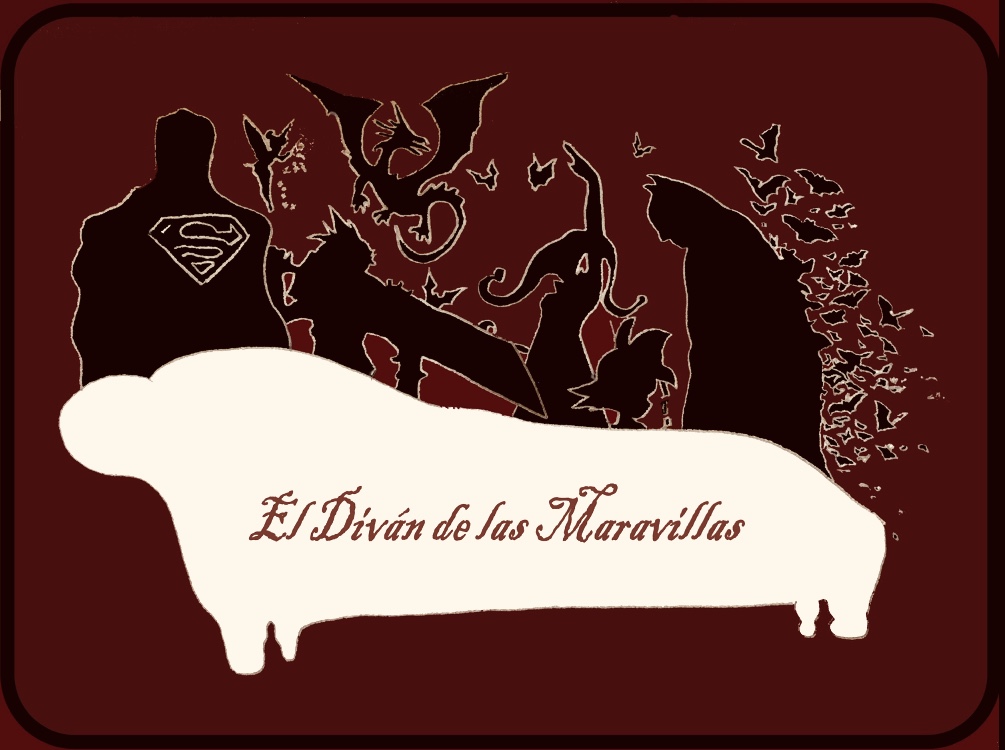